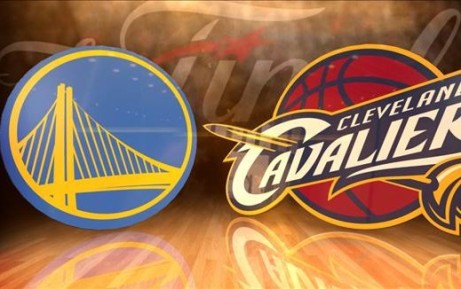 When the final buzzer sounded inside Oracle Arena after Game 2, The Golden State Warriors resounding 32 point victory over the Cleveland Cavaliers appeared to confirm the vast majority of pre-NBA Finals predictions, they were the better team. The Warriors won the first two games in their home arena in convincing fashion, and caused many NBA experts to proclaim the series over. Although the teams were headed for 2 off days and relocation to Cleveland for 2 games, the overwhelming feeling toward a Warriors Championship triumph was one of inevitability. Returning home to Quicken Loans Arena would possibly aid the Cavaliers for a game, but they seemed incapable of overcoming the more athletic and battle tested Warriors.

Then Game 3 happened. The Cavs became the first team in NBA history to turn around a 30 point loss, with a 30 point victory in the same playoff series and, in doing so, became the team which seemed unbeatable. The Warriors and their reigning unanimous MVP looked completed out of sorts and unable to score or stop the Cavs from scoring. Now some pundits have declared the Cavs as the favorites to win the title and end the 52 year Championship drought for the City of Cleveland. How can the narrative change so quickly? How did the Game 3 victory by the Cavs even happen?

Draymond Green had the most telling quote after the Warriors Game 3 loss. When asked what type of strategic adjustment his team could make in order to attempt a turnaround for Game 4, he responded: “They came out and played like a team with a sense of desperation, like their season was on the line. And we came out and played like everything was peaches and cream …I don’t think really they had any adjustments that they made X and O-wise.”

In my former place of work, the tradition every week is to greet colleagues with “Happy Friday” when applicable. Every Friday the figurative temperature around the workplace noticeably cooled. The bosses almost always “worked from home”, even though their “ping me if you need me status” never seemed to ring true, phone calls were met by the voicemail greeting after zero rings. The domino effect was almost palpable. Most co-workers eased their way through the work day by sharing funny YouTube videos, snacking too much from the complimentary mini kitchens, or wondering the halls aimlessly while staring at their phones and getting pegged with a nerf dart. The anticipation of the inevitable weekend arrival sapped the desire to exert any real effort towards work.

The Warriors approached Game 3 of the NBA Finals with the anticipation of the inevitable downtown Oakland parade. They shared funny attempts at highlight reel passes, and wondered aimlessly on the court while dreaming of their anticipated status as back-to-back champions. Meanwhile, the Cavs demonstrated an urgency not seen from them this season and it paid off. They pegged the Warriors with defensive intensity and offensive efficiency. The result was a thorough beat down and a newfound sense of doubt toward the inevitability of the Warriors series victory.

Game 4 sets up to be an interesting watch. Will the Warriors dust themselves off and impose their 73-9 type dominance on the Cavs, or will the Cavs out work and out hustle them again. Draymond Green finished his quote the other day with: “They outplayed us. That was the only adjustment. For us, there’s no adjustment. Don’t get outplayed. So we’ve got to be better with that come Friday.”

Game 4 will tip-off at 6pm. I imagine the Cavs will greet their opponent with “Happy Friday”, let’s see how the Warriors respond.