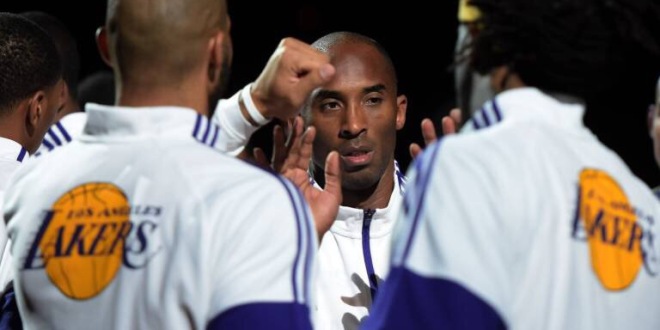 After a week into the season it is safe to say that the Los Angeles Lakers are not a very good team, and that’s saying it mildly. To all Lakers fans, it is okay to finally realize that the Lakers are terrible. But it doesn’t mean you’re not a loyal fan; it just means you’re being honest with yourself. After all, honesty is the best policy.

Now by no means am I saying that fans should stop supporting the Lakers. On the contrary, I want to stress that Laker fans need to watch the games . . . but from a different perspective than they are used to. Laker fans need two things from the Lakers this season, which couldn’t have been said better by John Ireland, “[they just need to] be competitive and entertaining.” Competitive and entertaining, not necessarily winning, is what Lakers fans should be focused on.

Unfortunately, the Lakers have not been competitive at all. They’ve been blown out of the arena in three of their first five games. They are allowing 118 points per game and you’re not winning a lot of games allowing that many points. But the Lakers were competitive on Halloween night versus the Clippers, where yours truly, was in attendance. The performance you saw from the Lakers that night is what Laker fans should demand from the team every night. Just be competitive and give effort. I mean, let’s break it down: they are professionals. Compared to the average American, they earn an extremely high salary.

With that said, the Lakers need to make it a close game, especially with 5 minutes left in the game. Just don’t get beat by 20 points every night. That is not fun to watch all. If you’re going to lose, then do so by ten or fewer points. This way Laker fans can hold their heads up high and say “we were right there.”

And let’s not kid ourselves. The Lakers are not making the playoffs. This Lakers have too many needs. They need a power forward that can rebound and defend other power forwards because the Lakers’ defense is essentially non-existent. The Lakers also need shooters, players capable of making a 3-pointer. As a consequence of their poor shooting, the team’s spacing is horrible. And to top if off, the Lakers have nothing to trade for the sake of improving the team. The Lakers only asset is out for the season with a fractured tibia in Julius Randle.

Hate to break it to all the delusional Laker fans, but the Lakers won’t be making any moves worth noting this season. There is no “Pau Gasol” type trade the Lakers can pull off. This is the Laker team we will be watching with a few tweaks here and there for the rest of the season. So Lakers just have to be competitive!

Now the flip side of all this is the Lakers, or better yet Kobe, has been entertaining on and off the court. Kobe Bryant is healthy and is doing Kobe things. He is making the Lakers watchable. Kobe is showing everyone that he is better than the 40th best ranked player in the league. As evidence, recall how he got into a tussle with Dwight Howard where you can see Kobe tell Dwight “try me” and call him “soft” repeatedly. That exchange only made it all worth watching. You can see Kobe, with that drive and killer instinct, go after Howard; it was awesome to watch.

Kobe still makes plays that have you saying “WOW.” In the game versus the Golden State Warriors, Kobe showed that he can still get into a zone that only the elite are capable of and go on a scoring barrage. Kobe was just unstoppable in the 3rd quarter versus the Warriors. He was hitting shot after shot. It was amazing to watch. He had a few shots that you just had to smile with amazement at how ridiculously difficult the shots were that he was making. It is nights like this one that take you back to the good ol’ days of Laker basketball.

Kobe has also been entertaining off the court by saying he liked when Jeremy Lin waved him off because as Kobe put it, “You have to be able to assert yourself….If you’re a chump, if you’re a pushover, I’ll run over you.” Kobe always has a great quote. So you can expect more of these types of quotes as the season continues.

Kobe also makes the games entertaining because it appears that he has entered wolf mode, which is basically code for: I’ll shoot the ball more than everyone on the team combined. Obviously that’s an exaggeration, but in the Lakers latest loss, Kobe attempted 37 shots while the rest of the starting five attempted 35 shots combined. Now I am not hating on Kobe for shooting so many times because, honestly if you look at the team, who else is more capable than Kobe. Maybe it’s just me, but I find it extremely interesting to watch Kobe do everything he can physically do, exert all his energy to create a look, and have no one on his side that will go to distance with him.

Kobe has been more animated lately towards referees and teammates as the struggles continue for the team. The frustration is evident on Kobe’s face. In fact so much so that during a post game interview, Kobe said, “I’d rather play in Pluto.” With that being said, there has been a rumor already that Kobe should demand a trade from the Lakers. But Kobe quickly squashed any doubt that he will be a Laker for life.

Kobe will make this season interesting as he continues to battle Father Time, and up till now he is winning. We can look forward to all the naysayers harping on the fact that Kobe is shooting so much that he confirms the notion that he’s selfish and that part of reason for the team’s struggles is that he is taking up half of the salary cap. This storyline should keep us entertained as we watch the Los Angeles Lakers.

The Lakers will be more entertaining once Nick Young is back on the court and the Lakers will also be more competitive with his return. Swaggy P is entertainment. I for one cannot wait to see Swaggy P and Kobe take turns shooting the ball because it should make for good television. In all seriousness, Swaggy P is needed because besides Kobe, Swaggy P can create his own shot when a play breaks down. Plus, he can help the second unit’s offense.

The start of the season for the Los Angeles Lakers has been a rough one. But all doesn’t have to be lost if the Lakers can be competitive and entertaining. If those two things happen, then the season should be a success.

5 thoughts on “A Change Of Perspective”